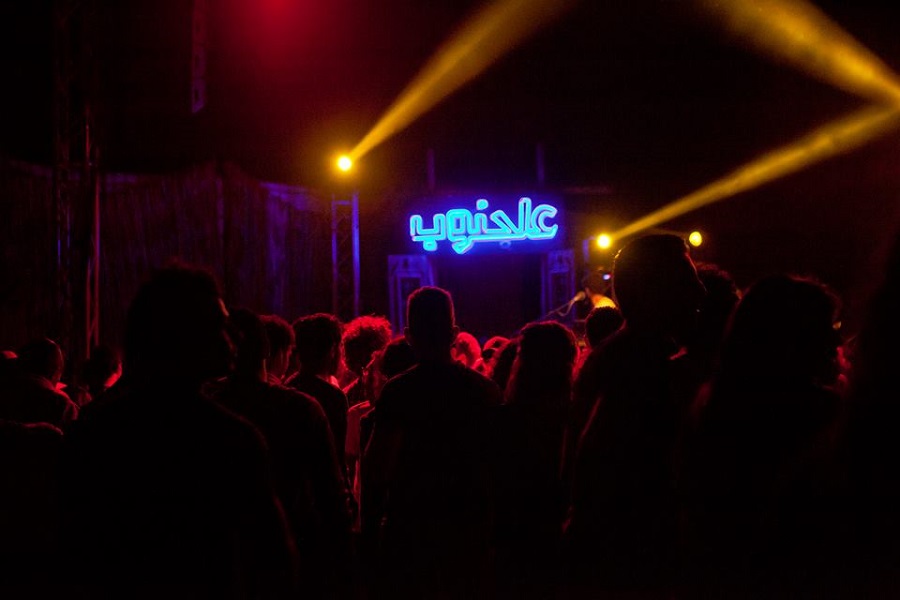 I was always fascinated by the idea of Montreux Jazz Festival and how Woodstock began it all, back in the Hippie era of 1960’s. To bring your tent, sleeping bag with you and, just leave your worries behind in the city. Take some time off from the daily rush of the rat race! Exchange your work suit for your swimming suit and sunglasses, mix in some cool music, or bring your instrument and join the fun.

The idea then started At Deep South at 2001 as a diving center in Tondoba bay, located 14 km South of the remote city of Marsa Alam. The team worked very hard to start up a dive operation in this new and remote destination. 2 years later we constructed the famous African huts each with different interior design and unique feel.   After a short time we attracted lot of international tourists who enjoyed diving snorkelling, desert trips and our untouched pristine beach. But at the same time, we were aware that in order to carry sustainable business model we have to be more helpful to the community and follow an eco friendly style of business.

We always had passion for art and music so we started our first gig on the beach, in 2004 we hosted the new band Black Thema, who were starting their musical career as a pioneer independent band. The attendance was less than 40 guests, mainly friends and colleagues and few Egyptians from Cairo and Alex. We considered it huge success especially as Marsa Alam was the Red Sea’s best kept secret. After a while it quickly became a tradition to host an independent underground new bands every Sham Nessim and Eid Kebyr such as; United Nile Reggae, Abo we Alshabab, Like Jelly, Sabrine Daraboka and,  more international independent musicians who enjoyed jamming with us.

Years later I spoke to Moe and Youssef from the band Like Jelly Abo (Mohammed Abo el Enin) who loved the idea. We invited the amazing Yousra al Hawari who came with her band and we organized 3 days of peace and music in Sham Nessim 2013. We opened a page on Facebook and Twitter with the help of our good friend Sourayah Morayef. We asked Al Mashrabya oriental restaurant to cater the food and our local Ababda tribesman set us a tent (and offered the amazing Gabana coffee). Our colleagues from the surrounding diving centers give us a hand to organize snorkelling and diving activities. Especially the leaders of the Southern Red Sea operators, Red Sea Diving Safari. The Founder and Owner Hossam Helmy gave us his unconditional support – this combined with the local community made the 3Alganoob Tondoba Festival a huge success. That year we had around 350 attendees, the following year we had 19 bands playing on the beach stage in front of nearly one thousand people.